Difference between revisions of "Quartz64" 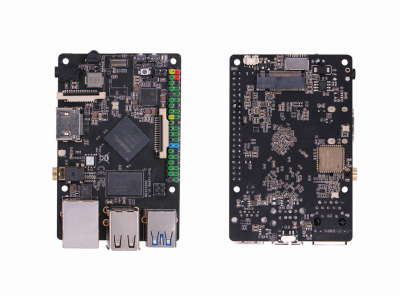 The Quartz64 Model B

The Quartz64 is the most recent Single Board Computer offering from PINE64, initially released in June of 2021. It is powered by a Rockchip RK3566 Quad-Core ARM Cortex A55 64-Bit Processor with a MALI G-52 GPU.

Key features include a PCIe x4 open ended slot (model A) or m.2 (model B) using one Gen2 lane electrically, and the use of LPDDR4 RAM.

The Quartz64 has three LPDDR4 system memory options: 2GB, 4GB or 8GB. For booting, there is an eMMC module socket (supporting up to 128GB) and microSD slot, as well as a footprint to solder on an SPI flash chip. The board is equipped with HDMI, 1x USB 3.0 type A Host, 3x USB 2.0 Host, Gigabit Ethernet, SATA (model A), GPIO Bus, MiPi DSI interface, e-ink interface (model A), eDP interface (model A), touch Panel interface (model A), MiPi CSI interface, as well as many other device interfaces such as UART, SPI, I2C, for makers to integrate with sensors and other peripherals. Many different Operating Systems (OS) are freely available from the open source community, such as Linux (Ubuntu, Debian, Arch), BSD, and Android.

Warning: Software for the Quartz64 is still early in development, and therefore currently lacks features such as the ability to produce video output. You are strongly encouraged to procure a 3.3V UART serial adapter capable of running at 1.5 mbauds, such as the woodpecker if you want to use a Quartz64 at this stage.

Manjaro ARM with no desktop

Note, manjaro currently ships with the linux-rc kernel. Currently (and temporarily/as of writing), usb3, pcie and sata devices will not be found unless you swap to the linux-quartz64 kernel pacman -S linux-quartz64.

Note: Video out only working on 4 GB boards with 1080p monitors right now as the VOP2 patches are very early.

pgwipeout provides continuously rebuilt set of images for Quartz64 devices which includes a Debian installer and a buildroot rescue environment. It is aimed at advanced users who generally know their way around a Linux system, and as a baseline for whether something is working or not. Works on both SD cards and eMMC, uses pgwipeout's patched kernel. Kernels aren't auto-updated on the installed system, so the user manually has to do this by mounting the actual correct boot partition.

For Quartz64 Model A, flash rk3566-quartz64-a.dtb.img.xz. On Linux, you can for example do this as follows, assuming your target device is /dev/sdb:

See Installing Arch Linux ARM On The Quartz64 for detailed instructions. Users who are not feeling adventurous are advised to hold off until kernel 5.16 is released and packaged.

This (as of 2021-12-30) is a work in progress to enable UEFI enabled systems, and is able to bring up SD, eMMC, USB, PCIe with SATA and NVMe, HDMI, thermal sensors, TRNG, as well as general Cortex A-55 features. Known to work with NetBSD -current, and the ESXi Arm fling version 1.8.

The sdcard image should be written to an microSD card and installed. Currently, using this card also for the OS may be problematic.

NetBSD relies upon the UEFI support in Tianocore. Before NetBSD 10 is released, the latest version of NetBSD-current should be used:

The PCIe implementation on the RK3566 is much more compatible with a wide range of devices compared to the one on the RK3399 used on the ROCKPro64. This means a lot more devices should work (excluding dGPUs due to a lack of cache snooping ability). As an example, PCIe-to-PCI bridges work, whereas they didn't on the ROCKPro64. 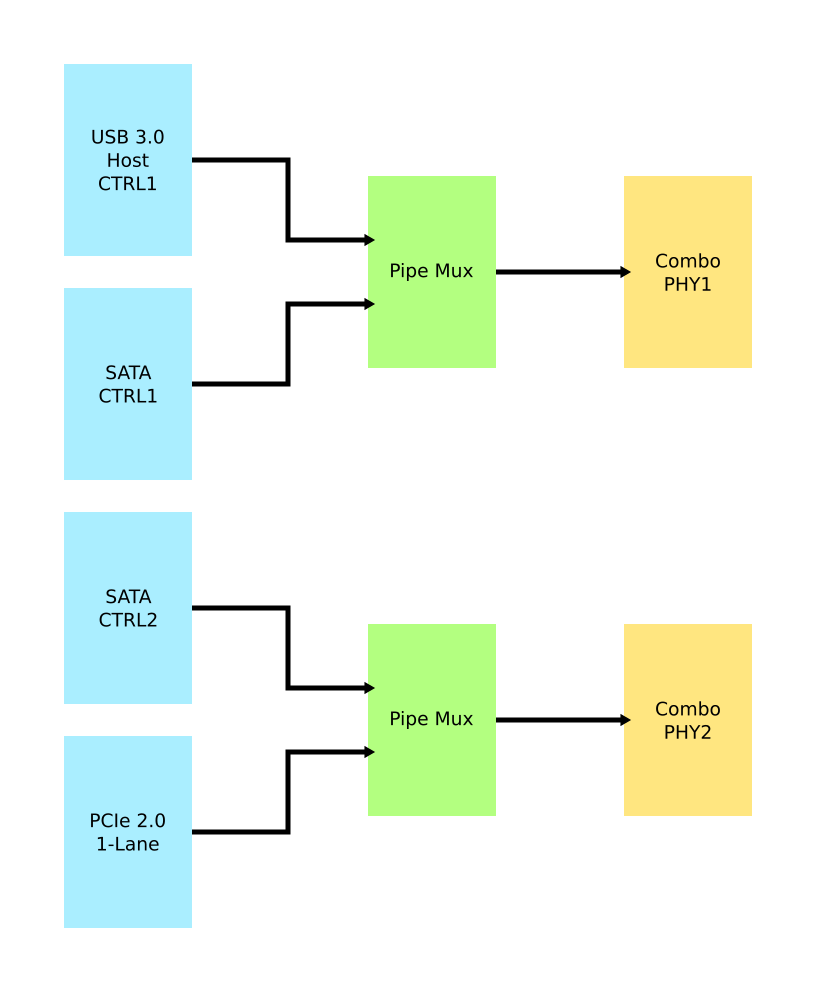 Several of the I/O options on the RK3566 used in the Quartz64 are using the same I/O lines, meaning that they cannot be used at the same time. The above diagram illustrates how they are connected.

In particular, USB 3.0 and the SATA connector on the board are mutually exclusive, and the PCI-e 2.0 lane can be reconfigured into a second SATA port, though an adapter cable needs to be fashioned for this to be useful.

Source: Page 28 of the board schematics.

Quartz64 Board Information, Schematics, and Certifications

Information and resources of the ongoing development effort for the Quartz64 can be found on the Quartz64 Development page, where the current status of various board functions can be found, and whether they have landed in upstream.

All enclosures that fit the ROCKPro64 should fit the Quartz64, as the I/O has been laid out the same on purpose.

(Please expand this section with more cases known to work.)

If there is no battery plugged into the board, the jumper labelled "ON/OFF_BATT" must be in place. If this is set wrong, stability issues such as failures to boot will occur.

Make sure the kernel is built with CONFIG_MOTORCOMM_PHY set to y. Building it as a module (m) and then relying on module auto-loading is unlikely to work as the PHY chip lacks its manufacturer ID.

The Quartz64 does not really fit onto the bottom plate of the "Model A" Acrylic Open Enclosure. This is because the "Mic" connector at the bottom of the board interferes with one of the posts. A workaround is to find out which post that is (you have a 50% chance of guessing it right, accounting for rotating the board) and then filing away the corner of the post pointing inwards by a few millimetres. 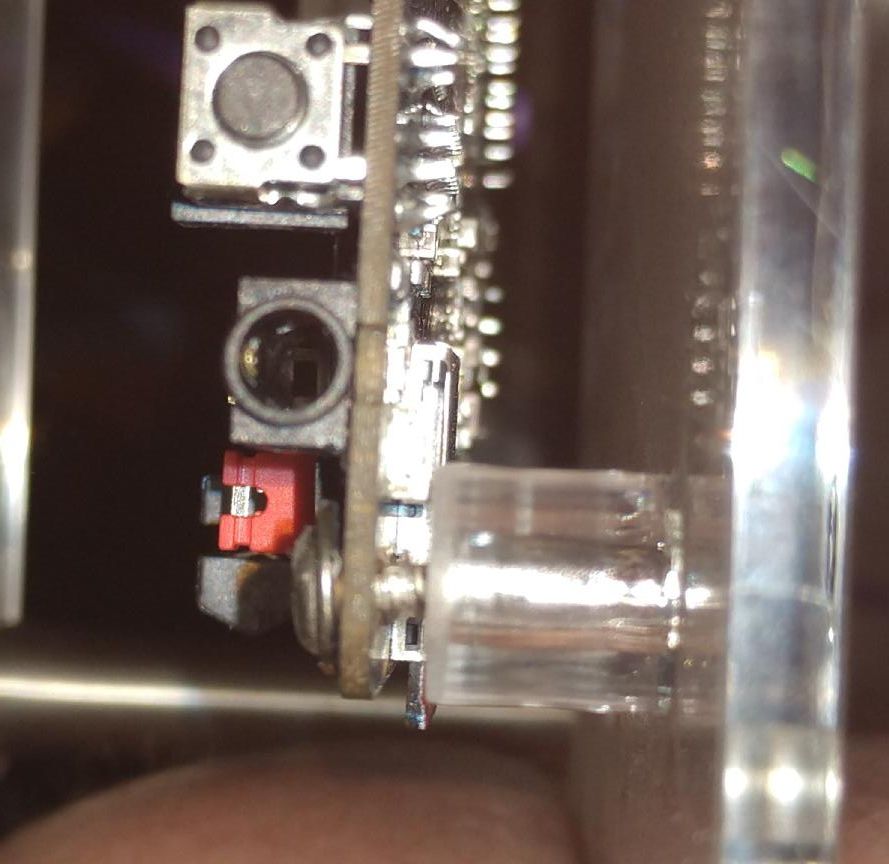 An alternate solution may be to place plastic spacers with a smaller outer diameter in between the acrylic bottom plate posts and the SBC board.

Debian Bullseye ships a Mesa version that is too old to contain the required patches for the RK356x SoC's GPU. You can (at your own risk) use the current Debian Testing version , called "Bookworm".