List of devices working with the PinePhone (depending on OS support)

The pinout for the serial connector on the tablet side is:

The serial connection is 3.3V

You can also buy the debug cable from PINE64 Store The store cable uses a 4 ring plug, as seen in the PDF, but a 3 ring plug works just as well. That cable uses a CH340 chipset based serial to USB converter, but any 3.3v serial connection can be used. 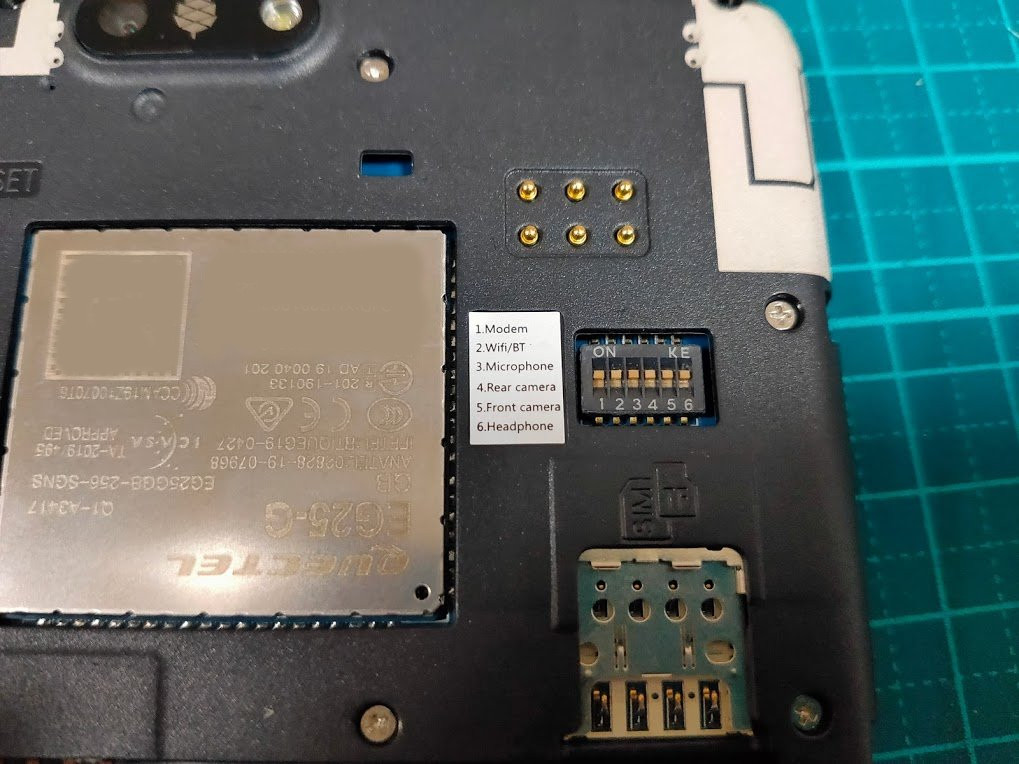 Photo of Brave Heart switches from OSAKANA TARO on Twitter

The battery includes a protection circuit that isolates it in a number of fault conditions, including if it is discharged too far. The fully discharged battery can be recharged by connecting the phone to a charger. Once it has charged sufficiently you will be able to boot the phone.

If your battery is hard to remove from the phone, try loosening the screws around it. Possibly cutting up a piece of plastic and sliding it under the battery as a pull tab can work too.

When you first receive your Pinephone you will need to remove the plastic tab under the battery terminals to boot it. This is to protect it from turning on during shipping.

It's also important to note that the EG25 modem and RTL8723CS wifi/bluetooth do not work without the battery plugged in, even if you are supplying enough power to the Pinephone with USB-C

Most of the self tests should just work, but a couple of them will fail unless certain requirements are met.

For an exhaustive list of information about the different OSs, see PinePhone Software Release.

Neon images A changelog (for the postmarketOS version) can be found here username: phablet pw: 1234