The PineCone is a BL602 evaluation board, which was developed with the goal to challenge the open source community to achieve blob-free and free and open source WiFi and Bluetooth, see the Nutcracker Challenge. 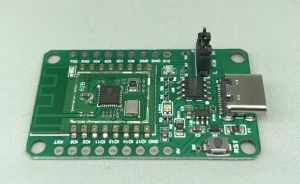